Get your shower fixed in no time and save money. Yes it is possible. We repair and install all brands and types of showers

We can fix your faulty shower today!

In most of the cases we can get your shower back into normal working order in no time. Our experts can identify and the problem quickly and address the situation efficiently.

Buying a new house in Cambridge and need a new shower before moving in?

CB Heat can provide you with a free quotation and carry out the works when you want it without charging you the earth. We pride ourselves on being one of the most flexible plumbing and heating companies in Cambridge.

CB Heat will guide you through the work process quickly and efficiently and maybe most importantly on budget.
Whether you need a power shower, electric shower, thermostatic shower or a shower pump we are here to give you advice and all the options possible in order to get the best results. 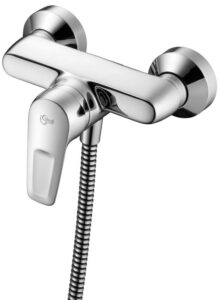 They mix the hot and cold water from your hot water system to reach a set temperature. Can be used with or without pump. Cheapest option on the market but of course there is a reason for that. As the name suggests the water temperature controlled manually, meaning that when there is another tap opened or your boiler is not set properly the water temperature will change accordingly so you always end up adjusting the valve while in use which is a bit annoying especially when the water gets scalding hot. They are going out of the market thanks to new regulations.

They work off the mains water supply. They heat the water when you turn the shower on by passing it over a heating element inside the shower, in a similar way to how a kettle works. So electric showers are ideal for families and households where there is a limited supply of hot water.  They come from 8.5 kw all the way up to 15kw models. They use a lot of electricity. Electric showers are always ready to use, any time of the day or night. They widely used in Cambridge due to multi tenanted properties so you can install 3-4 showers in one larger building. Once they are installed properly they can be replaced if needed within an hour. 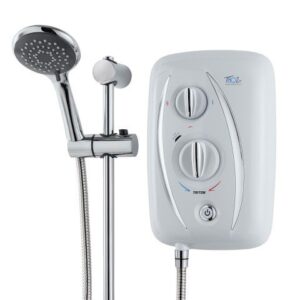 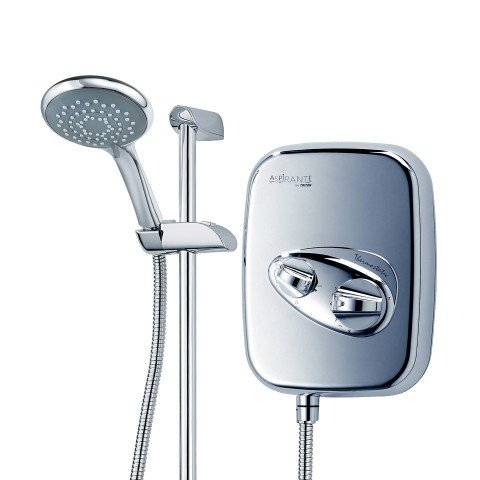 Power showers take water from both the hot and cold water storage tanks.  They are used at gravity or conventional systems. These showers are fitted in the bath or shower cubicle and require local electrical connection in order to work. There is a small pump fitted inside them, looks almost identical to electric shower but there are hot and cold connections to the unit and the water is mixed inside to the set temperature. A bit noisy solution but does a very good job in boosting the otherwise poor gravity pressure. Especially works well on the firs floor bathrooms because thats where the water pressure is usually the lowest.

Digital mixer showers allow the mixing unit known as shower processor and user controls to be sited separately using a wired or wireless connection. There are two models: a pumped version for boosting gravity systems or a mixer valve unit for use with high pressure and combination systems. They are usually fitted into lofts and ceiling voids and operate quietly.

Until recently this market was dominated by Aqualisa, having produced very reliable models throughout the years. Now days manufacturers like Triton are making similarly reliable shower processors. 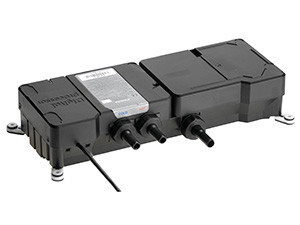 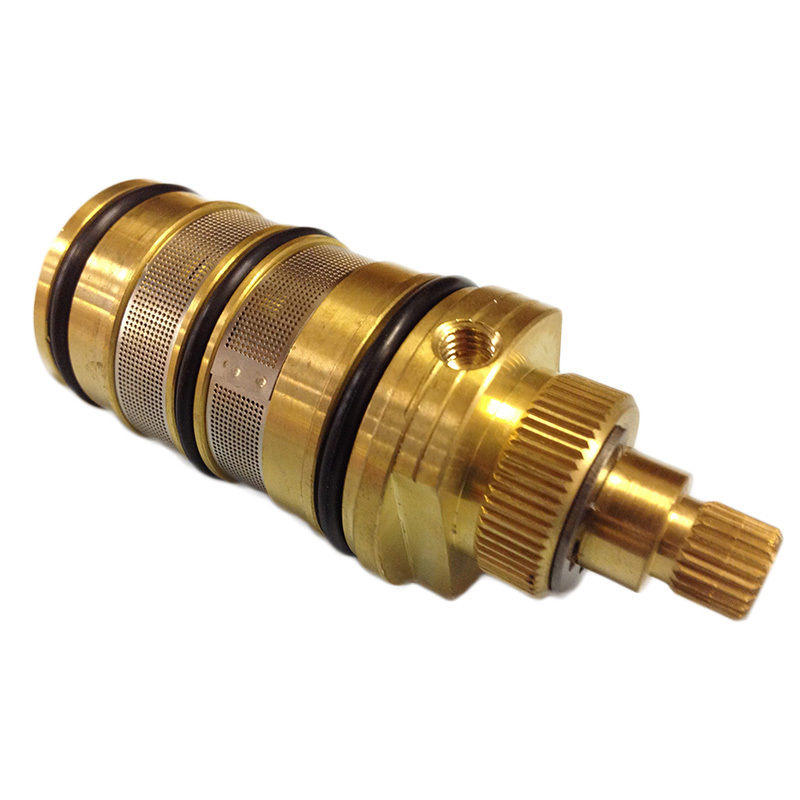 Thermostatic showers provide the safest and most comfortable shower experience. A so called thermostatic cartridge controls mixing of the hot and cold water automatically to a pre-set temperature. You can change that temperature usually between 38-48 celsius degrees. Pressure changes and the changing of the hot water temperature at the hot water source does not affect the outlet temperature. Works best with combi boiler systems. Thermostatic shower mixers also provide anti-scald protection so you and your family can never suffer due to the water being extremely hot.

CB Heat replaced my boiler and provided diagnostic services for plumbing problems. They are reliable, professional and friendly. Their invoices are sent promptly. 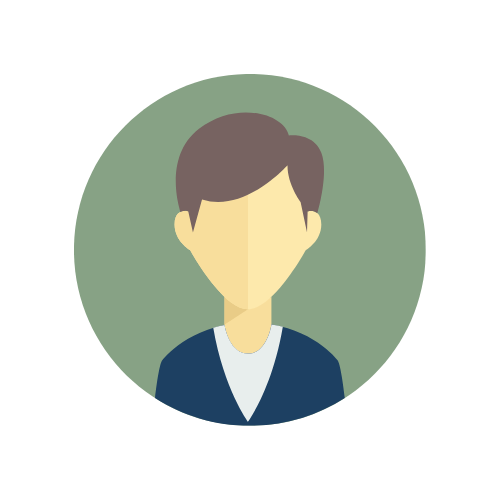 They are tidy, taken care to protect the areas they work in and good with expaining things. efficient, good customer services and competitive pricing

They seem to have a good network of tradesman. We have had plumbers, electricians and tilers through CB Heat and we are more than happy with the service we have received. Good price and very good technical knowledge. Speak excellent english too.

Why is my shower dripping?
– If your shower is dripping when it is closed that means it is letting by. The flow control valve is usually gets worn out that is causing some water to pass through. Depending on the type of the valve it may be repaired. If it is a rubber washer type it could be replaced easily in most cases. However if it is a ceramic cartridge type it may have to be ordered and than replaced which in most cases does not happen. Instead it proves to be easier just to replace the whole shower all together as it is more economical in the long run.

Why is my hot water always changing temperature?
– The causes for this to happen are endless. Hugely depends on your system and also on the tap or shower. If you have an old (8-12 years) thermostatic shower mixer usually the cartridge is worn out and needs replacing. For advice please get in tough via email or simply give us a ring.

How can I isolate my shower when its leaking badly?
– In an ideal situation you would have an isolation valve close to the entry of the water to the shower. You could turn that 90 dergrees in to any direction to isolate the water. The most common type has a slot in the middle which you can turn with a screwdriver or even with a butter knife. If you can not find the isolation valve you can always isolate the whole house until the plumbers get there.
– Most common problems with showers: shower not hot enough, can’t stop shower, shower doesn’t have enough pressure, shower temperature changing quickly,

“My shower stopped giving me hot water when I got back from holiday. Have called 4 different plumbers because my regular didn’t answer the phone (as usual). Cb Heat was the one who could attend same day and finished the job on the spot. The guy who came had a lot of parts in his van. Will call them again as they  actually charged less than I expected…”
– Rudolf  Lauren

” I’ve called out 2 plumbers recommended by my neighbours before these guys. Both wanted to give me a quote to fix it next week when I clearly told them on the phone that I needed to fix it today…?

Get Your Work Done

The price might have already put you off. Yes, it is true. Most of the so called Big Name Companies will charge you an extortionate amount of money. Here at CB Heat we don´t use subcontractors and have developed ways of minimizing our costs meaning that we can give you the most competitive price on the market while maintaining quality workmanship. From a basic functional bathroom to a custom designed dream bathroom we do it all.

Based in Cambridge, CB Heat is a family-owned business that provides excellent customer service and competitive prices. Our plumbers always go above and beyond to provide top level services for our customers' hard earned money!